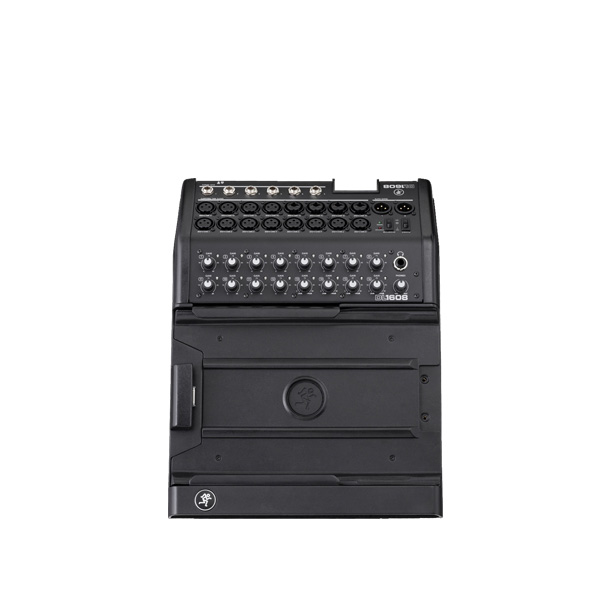 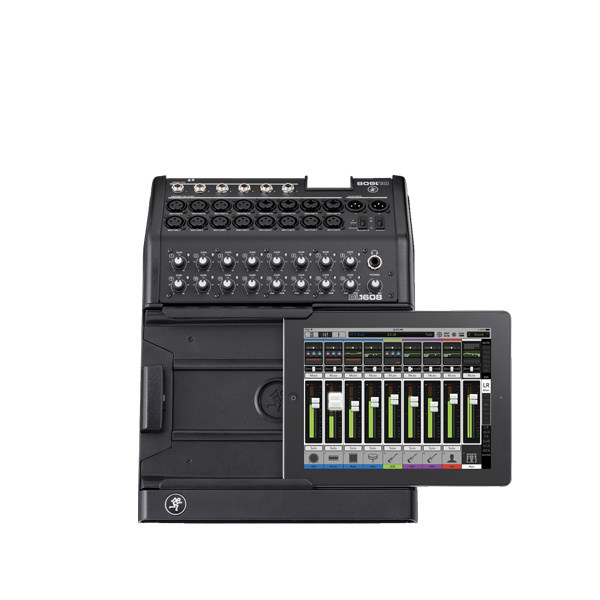 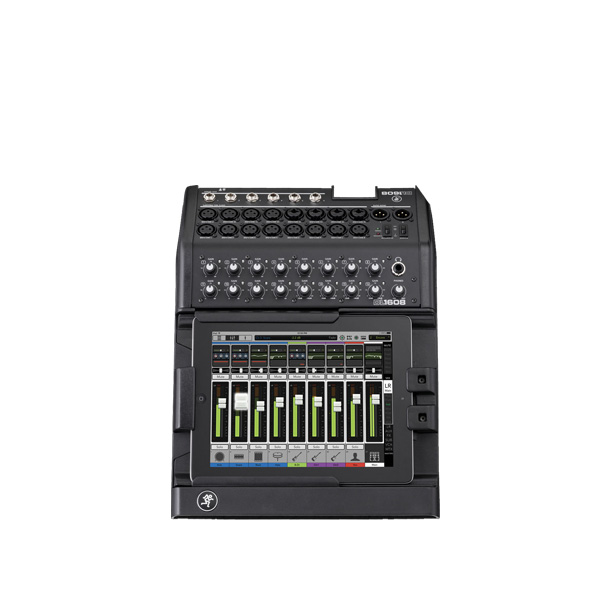 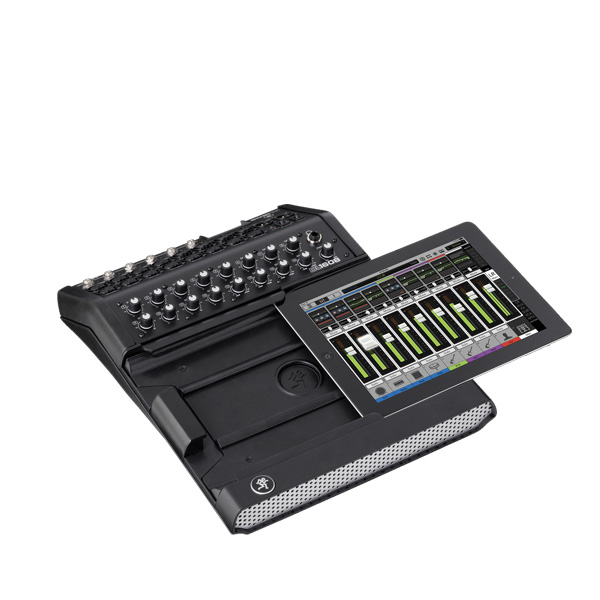 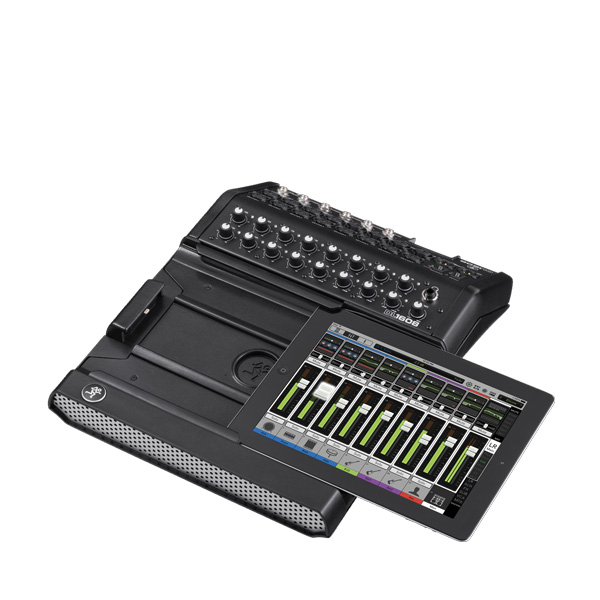 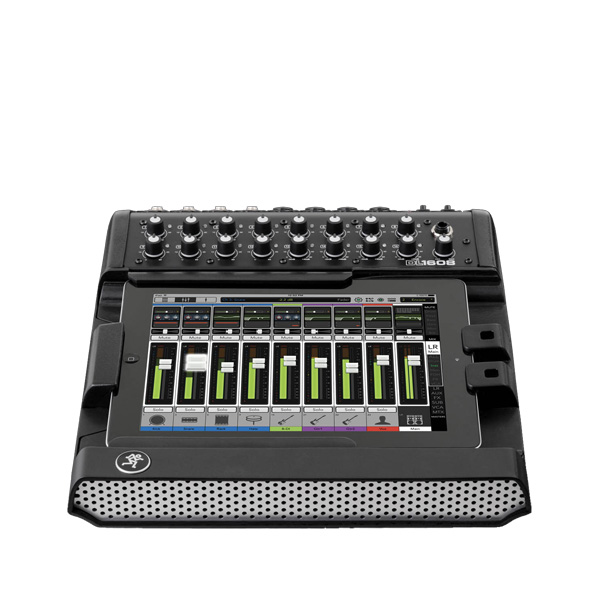 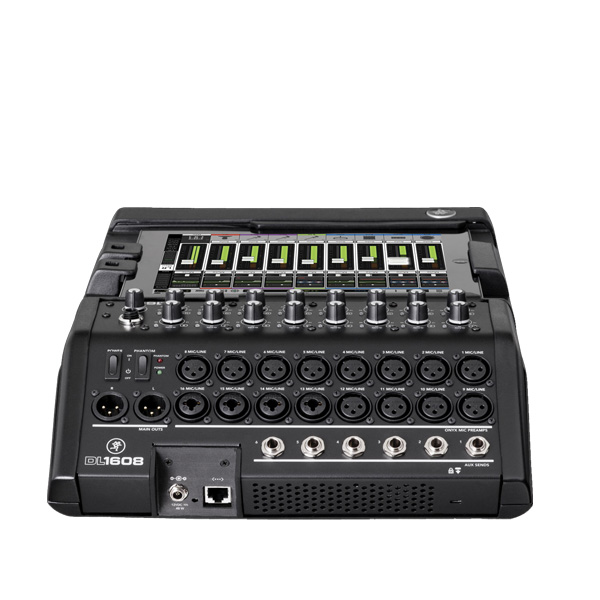 The Mackie DL1608 and DL806 redeﬁne live mixing by combining the proven power of a full-featured digital mixer with the unmatched ease and mobility of an iPad. Seamless wired to wireless mixing allows control from anywhere in the venue giving you the ultimate control over your mix.

TO MIX FROM ANYWHERE

ideal for bands, rental house and production/instaiiations, the DL Series provides the mobile freedom to wirelessly control the mix and powerful plug-in processing. With boutique-quality OnyxTM mic preamps and the performance of 24-bit Cirrus Logic® AD/DA converters, you have unparalleled sound quality. DL Series mixers even support up to 20 wireless devices including the iPhone and iPod touch. Forget bulky consoles and racks of gear. The power is at your fingertips.

The Future of Master Fader

With upcoming releases of Master Fader, users will have more choices than ever on how they can control their DL Series mixer on up to 20 devices simultaneously. Adding AndroidTM support means virtually anyone can download the Master Fader app on devices they already own. We will also be adding support for Mac and PC which opens up the control possibilities for engineers, installations, and more. 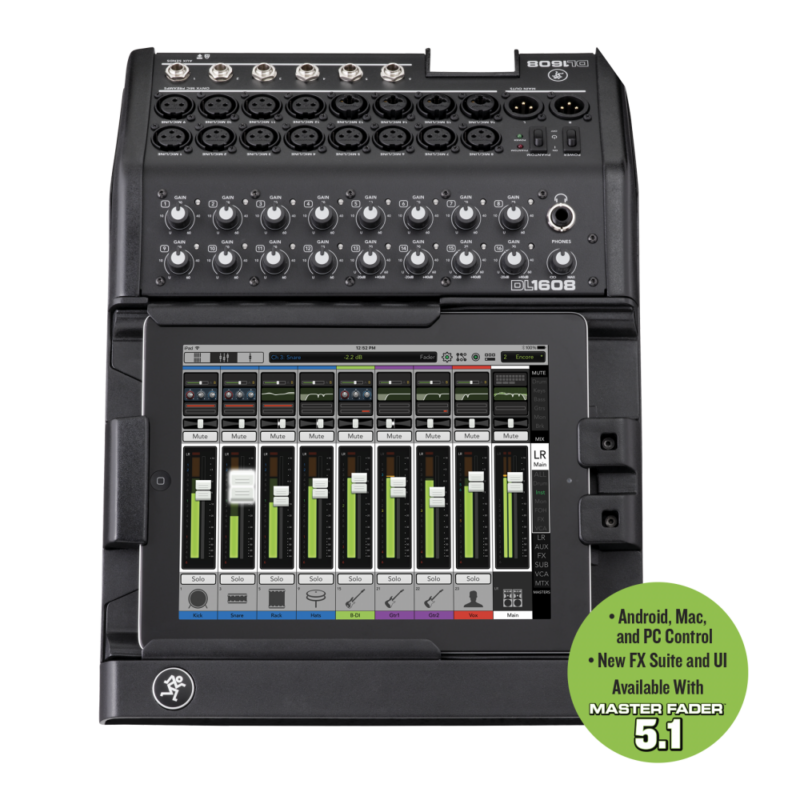 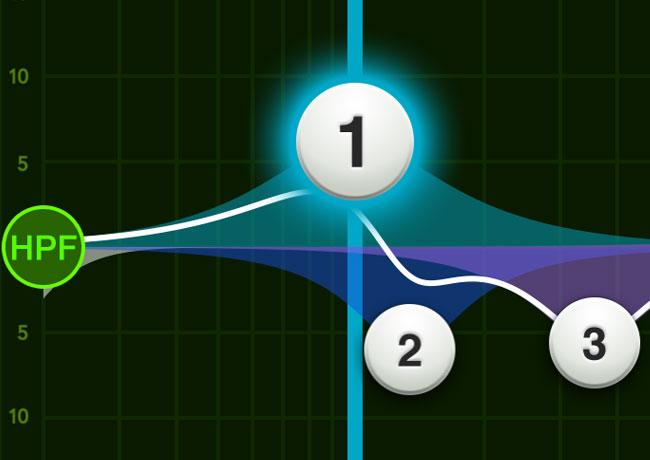 THE MOST INT UlTlVE CONTROL APP EVER

The Master Fader control app is where everythinghappens. With ultra-fast navigation to all functions,Master Fader‘s speedy workﬂow is second tonone. Plus, you can customize the work surface for your specﬁc application with view groups and access limiting to only show the controls you need.Powerful processing includes total control over all inputs and outputs, ensuring you can create a fantastic sounding mix easily.

Each and every channel features a choice of powerful plug-ins and effects to dial in the perfect sound for whatever you’ve got plugged in. 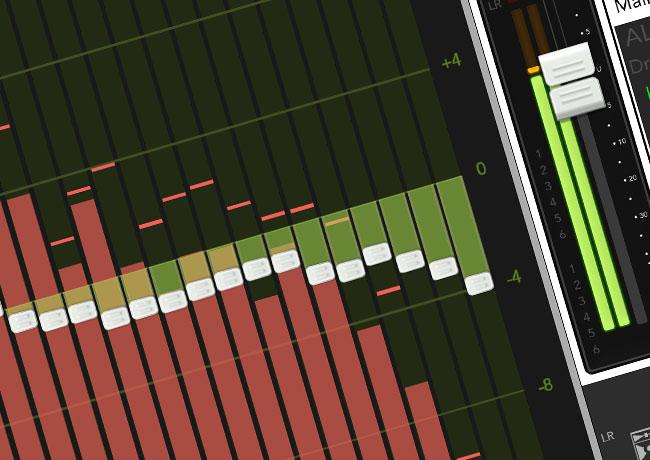 Each output on a DL1608 or DL806 mixer has its own processing perfect for dialing in and tuning the connected speaker our other device. 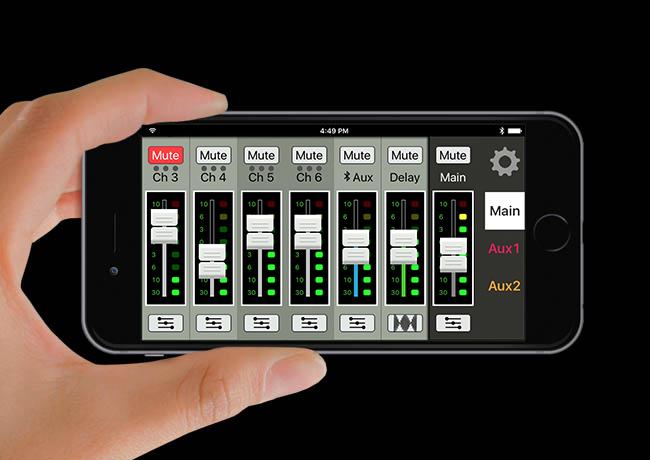 Only DL1608 and DL806 allow you to dock your iPad, creating an all-in-one desktop mixing solution with added features and security. Docking allows easy recording and mixing right to the iPad and seamless playback from any iPad app. Plus, you can always be sure your iPad is charged and safe using the included PadLock to keep things where they are-

Supports up to 20 iOS devices at once

Playback music from any iPad app and incorporate into the mix

Create view groups and see only the channels you need

(One channel and main iader at unity, A-weighted): 109 dB

with up to eight simultaneously.

with up to 16 simultaneously. 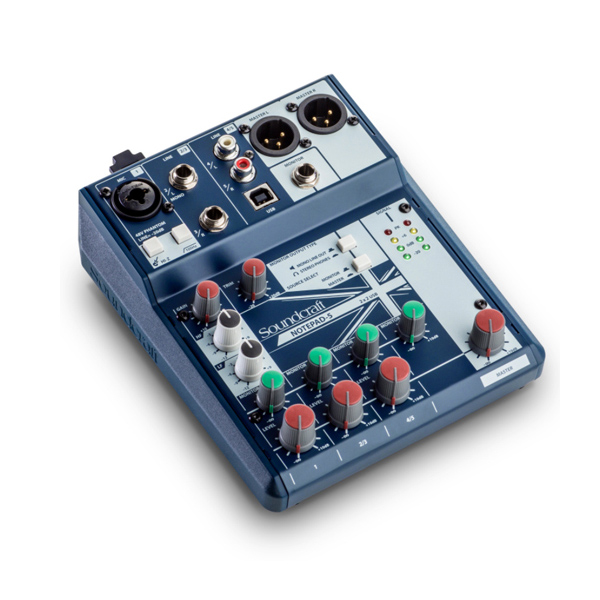 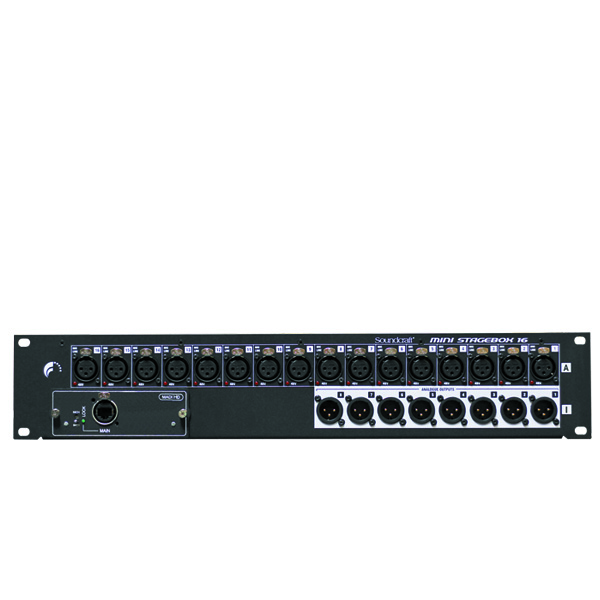 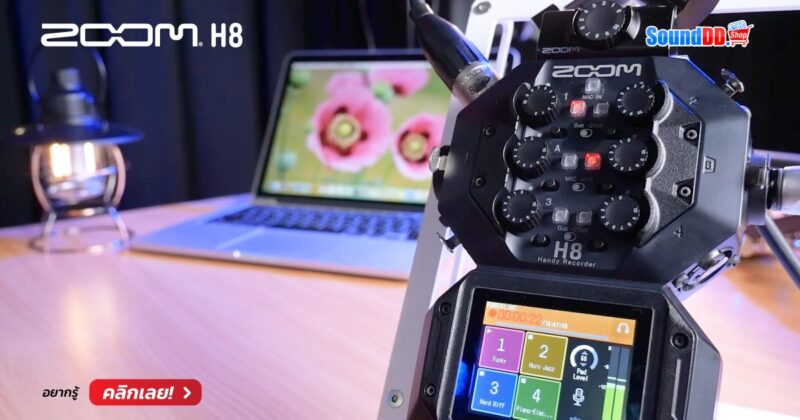