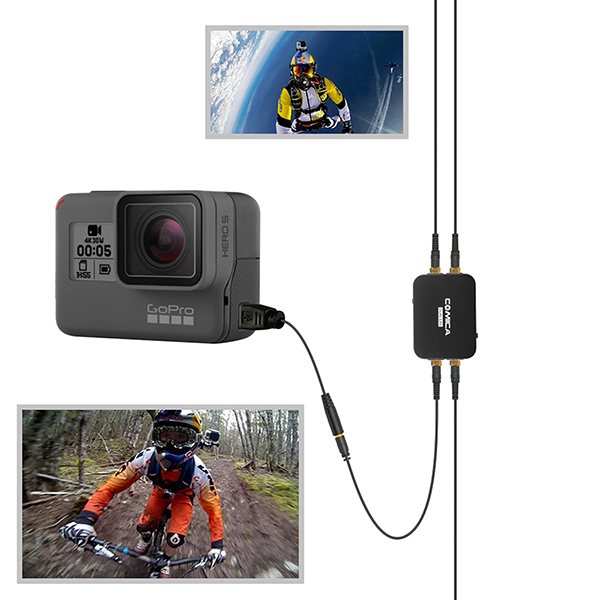 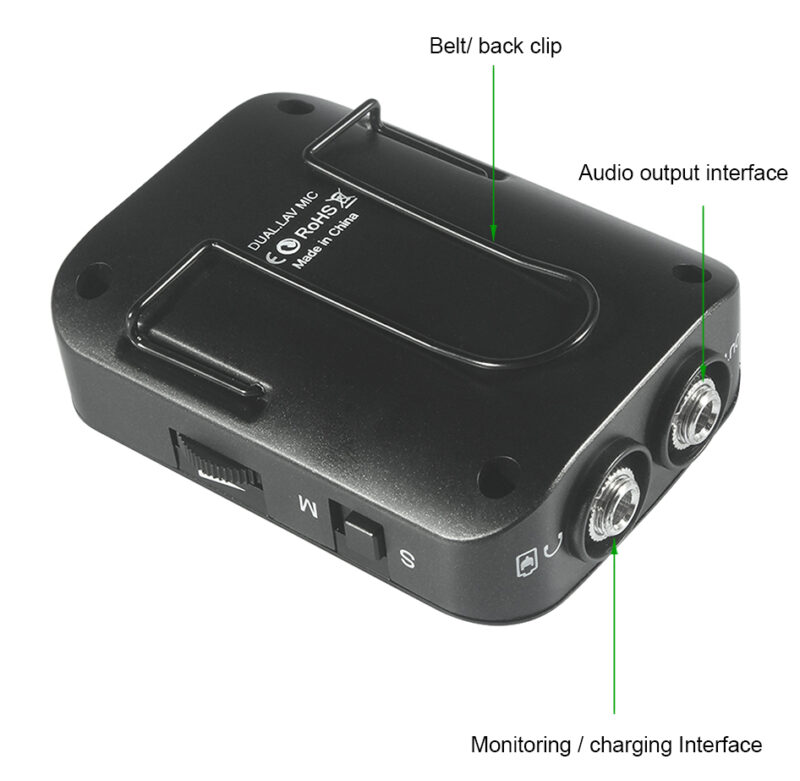 COMICA CVM-D03 (DUAL.LAV) multifunctional dual-head microphone in electric control version; With built-in multifunctional circuit, D03 has additional functions on the basis of traditional dual-head microphone, such as “volume adjustment”, “stereo/mono mode selection”, “real-time monitoring”, etc. Moreover, the detachable design for “control panel and wire” brings much convenience for storage; this versatile and ﬂexible dual-head lavalier micophone is an excellent choice for outdoor or indoor video recording; In order to ensure the safety of the product, please read this manual strictly before use, and ensure the correct assembly and operation. With built-in multifunctional circuit, CVM-D03 has additional functions on the basis of traditional dual-head microphone, such as “volume adjustment”, “stereo/mono mode selection”, “real-time monitoring”, etc. Moreover, the detachable design for “control panel and wire” brings much convenience for storage; this versatile and flexible dual-head lavalier microphone is an excellent choice for outdoor or indoor video recording. Mono channel or mono sound is referring to a system that all audio signals are mixed together and then then go through a single audio channel. The advantage of mono channel is that everyone is hearing the same signal, and in the design of system, the sound pressure levels to all the audience are basically the same. This makes well-designed mono system very suitable for audio amplification, bringing about remarkable speech intelligibility.
While stereo system has two separate audio signal channels, there is a unique phase relationship between each replay signal, so when played by suitable system, it will show a clear representation of the original sound source.
CVM-D03 provides the Mono/Stereo Switch, you can choose the corresponding mode according to your need.
It can also be used as a single MIC, when used as a single MIC, please turn the audio mode to M mode, that is: Mono Mode.
D03 has the real-time monitoring function, you can test whether it is working normally during recording. Many other devices in the market don’t have the monitoring function, as a result, you may get nothing when you replay the recording because you don’t know the malfunction after a long-time endeavor.
Built-in Lithium Battery brings CVM-D03 the slim body, and the super long standby time up to 100h. External charging  (power bank) can be used for D03, but do not to make audio or video recording during charging, so as to avoid interference. Detachable design for Mic and device body meets the demand of both long-distance recording and convenient carrying.

The packaging consists of two layers; the cables and adpters are put at the bottom layer. This Dual.LAV microphone can perfectly fit for mobile phone with a 3.5mm TRRS input. With a durable back clip, you can simply clip it onto your clothes and plug it into your mobile devices and start recording. Getting professional audio has never been so easy.